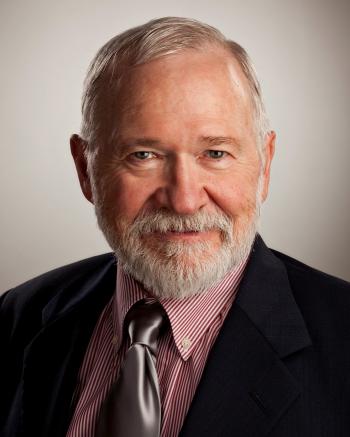 DL Hank Harris is Emeritus Professor of Iowa State University where he was employed for over 34 years. He received the DVM (1967) and PhD (1970) degrees from ISU. He served as Chairman of the Department of Microbiology, Immunology and Preventive Medicine from 1992-1997.

Harris is co-founder of Genvax (2021) with his son, Joel Harris.  Genvax is the third vaccine company started by Harris in Iowa.  The first, NOBL Labs began in Sioux Center, Iowa with co-founders Jan Schuiteman and Mike Daniels.  NOBL was later sold to BI Vetmedica, a company located in the ISURP.  Harris founded Harrisvaccines Inc (formerly called Sirrah Bios) in 2006 at the ISURP, it was a spin-out of his laboratory at ISU.  Harrisvaccines licensed sa mRNA-virus replicon particle vaccine technology from Alphavax and subsequently gained USDA licenses for various diseases in swine and poultry.  Harrisvaccines was sold to Merck Animal Health in 2015 and is located in the ISU Research Park.

Harris has received numerous Industry, University and Entrepreneurial awards including the Distinguished Alumni Award (the highest recognition at Iowa State University), Stange Award for Meritorious Service (the highest recognition in the College of Veterinary Medicine at ISU), Howard Dunne Award for service to the Swine Industry, Henry Wallace Award for Contributions to International Agriculture, for Achievement of Economic Development in Iowa, and the Upper Midwest EY Entrepreneur of the Year Award.

What does entrepreneurship mean to you?

Entrepreneurship means creating a company for the purpose of solving a problem.   To be an entrepreneur a person must have the ‘fire in the belly’ to define the problem and seek a solution even if it means abandoning initial approaches and theories.

Why should students engage in Start Something-Ag activities?

There are many career paths available in companies however a start up company is very unique compared to more established Ag businesses.  Participation in Start Something-Ag allows the student to experience the thrill of start up company activities to help in choosing a career path.